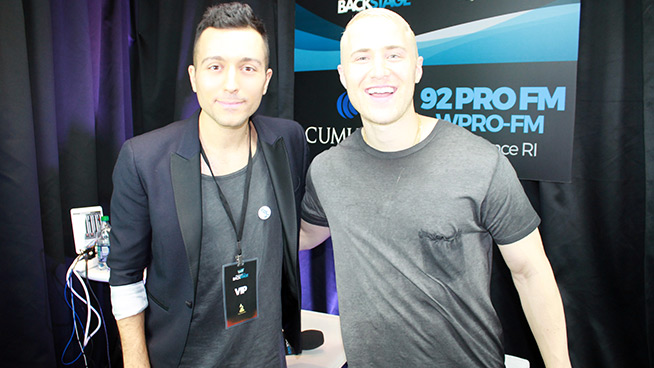 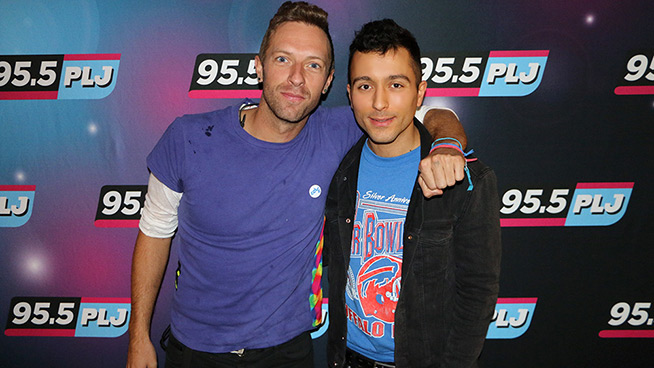 INTERVIEW: Aloe Blacc Rides ‘Wake Me Up’ Success In To New LP Release

Aloe Blacc recorded the acoustic version of “Wake Me Up!” inside Mike Einziger’s home studio with Avicii. The Incubus guitarist and superstar DJ, nee Tim Bergling, mixed it in to one of 2013’s biggest hits.

“I think Avicii is an incredible producer, and he knew at least a little bit of what he wanted to do,” Blacc told “The Ralphie Show” recently. “I went in to record a song written by Mac Davis for Avicii, and that’s when we first met. Mike Shinoda of Linkin Park suggested to Avicii, ‘You should get Aloe to sing this song.’”

Blacc admitted that he and Shinoda were far from great friends; the two know each other through a mutual friend.

The “I Need A Dollar” singer characterized the song he recorded as country-esque. Given the context that Davis was involved, it makes even more sense. But Avicii is mixing both genres and beats with his releases. The second single from the DJ’s album True could be considered even more country: “Hey Brother.”

“To see what Avicii is doing makes perfect sense to me,” Blacc, who cited his indie, multi-genre days as the reason why he understands the producer’s approach. “He’s melding worlds of really good songwriting, and really popular production. He’s going to hit a home run every time.”

Blacc released a Wake Me Up EP this past year. He is preparing his full-length album, Lift Your Spirit. The LP will include production contributions from Pharrell Williams and Rock Mafia.

Perhaps the biggest battle that artist management and record labels face with their acts is over the control of content. In addition to the creativity behind the music itself, suits and singers are seemingly at constant war over how things look and when they are to look that way. Labels adapting business models to the new era of music consumption only added fuel to the fire. With slumping sales and shrinking staffs, upper management is more concerned with profits and less concerned with taking chances or allowing artists the ability to take changes that could negatively affect said profits.

Enter superstar DJ Avicii, who is really not bound to any single entity period, other than himself. The electronic dance music creator could easily micromanage his career from the type of music he produces to the venues he plays to the media he partakes in.

But in an interview earlier this year with “The Ralphie Show,” the “Wake Me Up!” star said that he is only concerned with his first love: making music.

“It’s not really me; that’s more my management and my manager and stuff like that,” the DJ, born Tim Bergling, responded when I asked him about decisions like picking radio singles and clearing songs for commercials. “My fascination and what I’ve always loved doing is music and touring and that aspect of it. Me being able to focus on that and leaving the business side of things to my manager and label has helped me out a lot.”

The formula has worked for Avicii thus far: While he toured American arenas following the success of “Levels,” the producer was still able to do so without charting a big pop radio hit like some of his counterparts. However with “Wake Me Up!” the first single from his album True, Bergling now has one of those feats accomplished as well.

Dubstep. Coming to a radio near you a lot sooner than you think.

Super DJ/producer Avicii teams up with Australian duo Nervo for an instant club smash. Throw it on the pre-game playlist!

Yes, I understand this is basically the instrumental of Flo Rida’s “Good Feeling.”

Found that first one after I figured out my @myspa