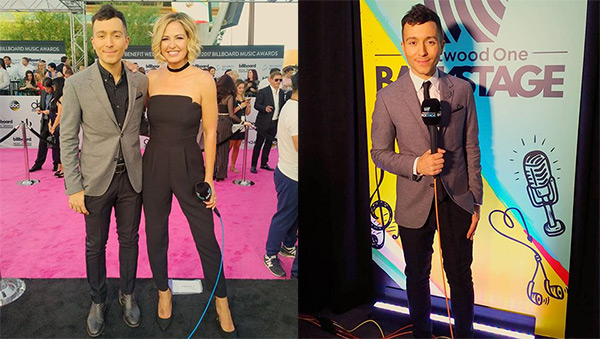 During “The Ralphie Show” Backstage at The GRAMMYs broadcast, Aloe Blacc spoke about the success of his new single, “The Man,” and the U.S. release date for Lift Your Spirit.

Blacc also talked about his hectic schedule and balancing family life with the success he’s currently experiencing in the U.S. after hit singles “Wake Me Up” and “The Man.”

The Denver Broncos will battle the Seattle Seahawks in this year’s Super Bowl. Chris Daughtry wants a good game first-and-foremost. However if Daughtry has to pick a team to root for, it usually isn’t one of the two playing for the championship.

“My dad is a huge Steelers fan, so I typically go that way,” Chris told me on “The Ralphie Show.” “He went from the Redskins to the Steelers.”

Daughtry has no Pittsburgh roots, but did note that his dad began rooting for the black and yellow because he liked Terry Bradshaw. The “Waiting For Superman” singer says that if the band is free the night of February 2, they’ll get together to watch the game. Otherwise, it’s business as usual. Daughtry is in the midst of promoting the aforementioned single from his band’s latest LP, Baptized. UK tour dates are on tap, and a U.S. trek will be announced by the band soon.

Check out the rest of the interview to hear about Chris possibly working with Aloe Blacc and the one snack he always needs come gametime.

INTERVIEW: Aloe Blacc Rides ‘Wake Me Up’ Success In To New LP Release

Aloe Blacc recorded the acoustic version of “Wake Me Up!” inside Mike Einziger’s home studio with Avicii. The Incubus guitarist and superstar DJ, nee Tim Bergling, mixed it in to one of 2013’s biggest hits.

“I think Avicii is an incredible producer, and he knew at least a little bit of what he wanted to do,” Blacc told “The Ralphie Show” recently. “I went in to record a song written by Mac Davis for Avicii, and that’s when we first met. Mike Shinoda of Linkin Park suggested to Avicii, ‘You should get Aloe to sing this song.’”

Blacc admitted that he and Shinoda were far from great friends; the two know each other through a mutual friend.

The “I Need A Dollar” singer characterized the song he recorded as country-esque. Given the context that Davis was involved, it makes even more sense. But Avicii is mixing both genres and beats with his releases. The second single from the DJ’s album True could be considered even more country: “Hey Brother.”

“To see what Avicii is doing makes perfect sense to me,” Blacc, who cited his indie, multi-genre days as the reason why he understands the producer’s approach. “He’s melding worlds of really good songwriting, and really popular production. He’s going to hit a home run every time.”

Blacc released a Wake Me Up EP this past year. He is preparing his full-length album, Lift Your Spirit. The LP will include production contributions from Pharrell Williams and Rock Mafia.

“The Ralphie Show” was live all weekend from backstage at the 2013 American Music Awards and spoke with celebrities from music and TV.

It has been a whirlwind of a week for the band Daughtry. On Sunday the fellas played a sold-out Count Basie Theater in Red Bank, NJ. The following morning, it was off to NBC’s “Today.” 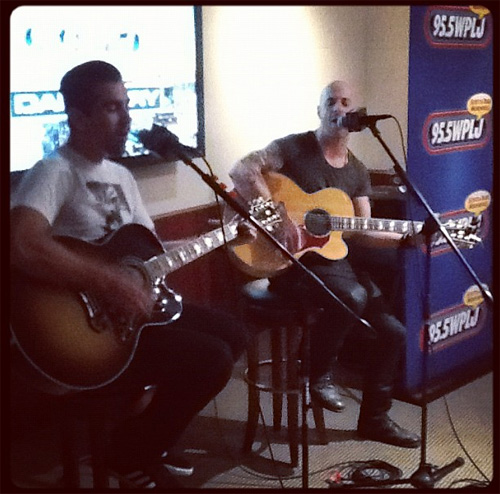 For example: Chris was only backed by a couple of acoustic guitars during Monday morning’s TV appearance. Usually for the late night shows, Daughtry can “hide behind all the noise” of a full band.

“I think singing that early in the morning generally is scary, especially after doing a show the night before,” Daughtry admitted. “You’re normally not ready for that, so you have to get up five hours earlier just so you can kind of ease in to it.”

Things didn’t slow down for the crew after Monday though. On Tuesday, Chris and Elvio Fernandes – a touring member of the band – fulfilled a handful of promotional obligations throughout New York City. Why Elvio and not a proper member of the band? Everyone else was in rehearsal for upcoming tour dates – including this week’s performance in Dubai, which the band left for on Wednesday evening.