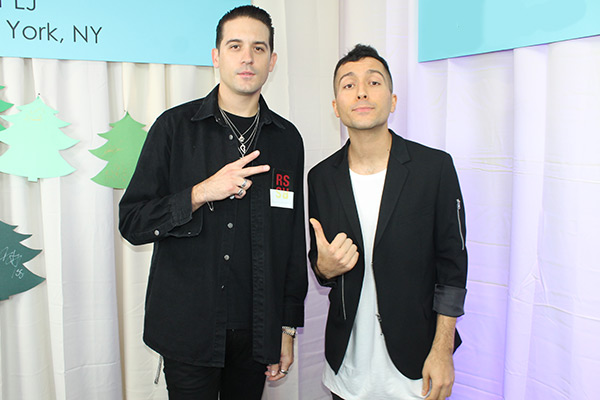 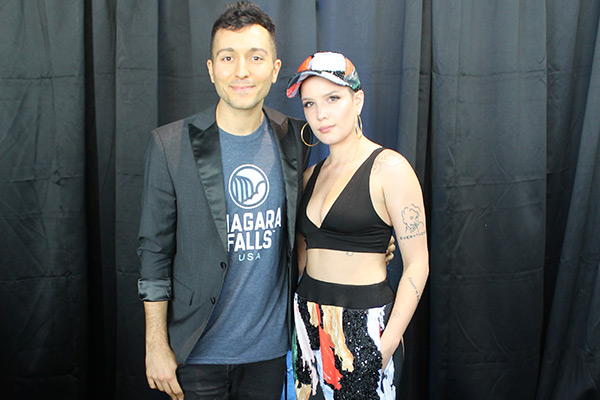 INTERVIEW: The Chainsmokers Set Pop Music Ablaze In 2016 (And Might In 2017 Too)

It is impossible to look back on pop music in 2016 and not talk about The Chainsmokers. Alex Pall and Drew Taggart created two of the year’s biggest hits: the infectious “Don’t Let Me Down” that features 18 year-old Daya and “Closer,” an inescapable duet that Halsey assists on. “Don’t Let Me Down” was the most spun track on pop radio this year and using that particular metric, also the song of the summer. “Closer” spent 12 weeks atop both the Billboard Hot 100 and pop radio airplay charts. Combined with “Roses,” a song that they enlisted an artist named Rozes to sing, the duo sold 10 million singles in the U.S. alone.

Those songs helped The Chainsmokers score an American Music Award in 2016 and three GRAMMY nominations for the award show this February, including Best New Artist.

But as improbable as the DJs success may be (even Pall and Taggart admit they wouldn’t have settled on “The Chainsmokers” had they realized their staying power), what is crazier is that the group’s first two singles are all-but-forgotten about: the novelty track’s “#SELFIE” and “Kanye.”

“’Closer’ wasn’t their first hit,” is the response I received from Jake Miller, a friend of Pall and Taggart’s, recently when I brought up how impressed I was that they were able to shift from tongue-in-cheek records to the highly-coveted lane of radio-friendly pop music. I reminded him that “#SELFIE” was guys’ first single.

“It’s funny you say that because I don’t even think of them for that song,” Miller continued – a sentiment that many probably share and that certainly speaks to how massive the subsequent singles have been. “I honestly completely forgot they did that song.” 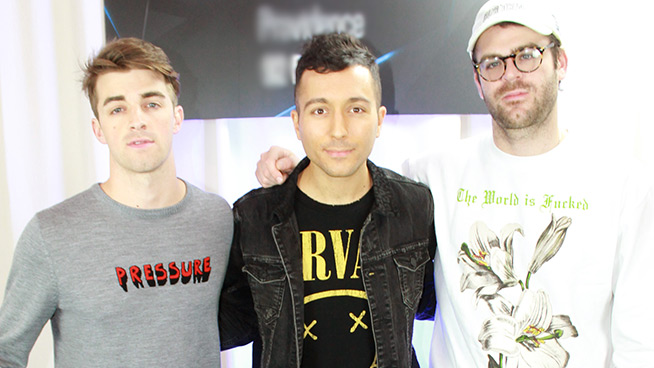 For The Chainsmokers, that might be a good thing. Nonetheless, the guys still don’t seem to be taking themselves too seriously.

“We go in with like, low expectations… very low expectations,” Taggart told me before the artists performed “Closer” and won “Favorite Electronic/Dance Music Artist” at the AMAs. “But regardless to be a part of the pop community now and have our work recognized is awesome.”

And the DJs aren’t slowing down anytime soon. Pall and Taggart just dropped a music video for “Setting Fires” off of their EP “Collage.” The duo is also back in the studio creating new music.

“I think the stuff we’re working on now we’re most excited about,” Pall said. “I don’t know if that’s because it’s newest, but it just feels different and exciting. We’re pumped about it.”

The Chainsmokers recently posted on Snapchat a clip of them in the studio with Coldplay lead singer Chris Martin, an experience that Taggart characterized as “crazy” because the guys grew up listening to his band.

“I think a lot of the music that’s already been out from us is heavily-inspired by Coldplay, especially the emotion that Coldplay has; that melancholy, bitter-sweet emotion that they get in all their songs,” he explained.

Taggart explained that his first goal was to “be cool” and attempt to catch a vibe with the lead singer. Neither man would reveal if they were working on a Chainsmokers project or something for Coldplay’s future (the band recently revealed that an EP was on the way after 2017), but Pall promised that whatever they’re working on, it’s “dope.”

Given the duo’s track record, I’ll take their word for it.