Bryce Vine is a Berklee College of Music alum who is gaining popularity thanks to his single, “Drew Barrymore.” The song is climbing up the charts, thanks in-part to a co-sign by Taylor Swift, who added it to her Apple Music playlist. Vine joined me in Las Vegas to chat about the T-Swift approval, his famous classmates and how the actress inspired the song.

INTERVIEW: Echosmith Explains Meaning Of ‘Over My Head’

The siblings that comprise Echosmith are back with a new jam called “Over My Head.” Sydney, Noah and Graham told me about the song’s meaning and said the band’s sophomore album should be out “in the next few months.” 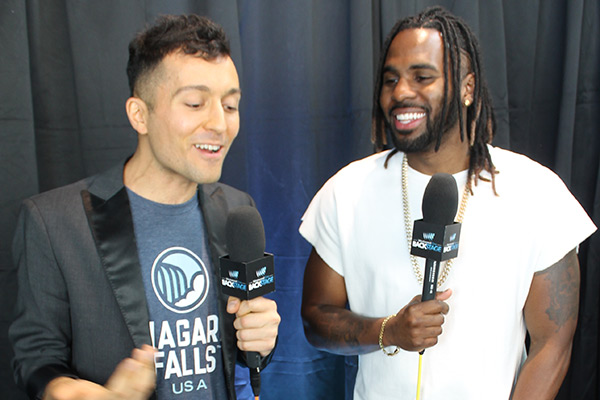