Sure some women grow up with the dream of one day becoming Miss America – but how many of them also envision the crown’s travel schedule, which involves a different state every 48 hours?

“I live in airports and in hotels out of my suitcase,” the current titleholder, Savvy Shields, told me on New Year’s Eve in Times Square. The two of us chatted for a few minutes on the third floor of the Good Morning America building after her TV appearance. “It’s been good. I don’t really remember much of it so that’s why I’m trying to journal and if I look at my social media then I remember everything I did.”

The journal idea was something Shields, who represented the state of Arkansas in last year’s competition, mentioned to me when we chatted the day after she won. Since that interview, the 21 year-old hasn’t sat still, but has experienced some cool moments including a trip to the American Music Awards where she joined Florida-Georgia Line on stage.

“(B.K. and Tyler) were fantastic,” she noted. “I mean, we’re southern people so we get along right away.”

With Shields’ personality, it’s hard to envision her not getting along with anyone, nor is it a stretch to think that she’s now getting recognized throughout these travels. 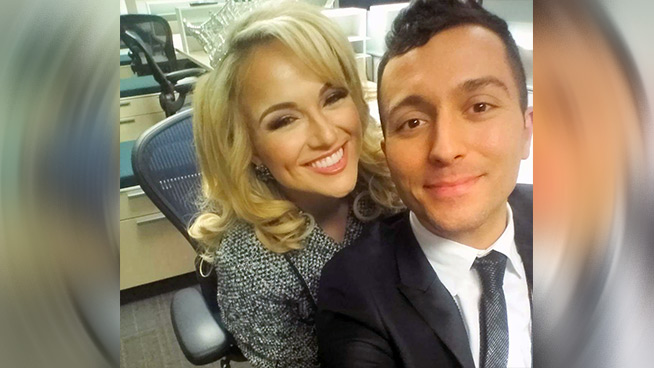 “I’ve gotten a lot of ‘Are you on TV?’” she said. “So it’s like, they know who I am, but it’s not until I have the crown on that they put two-and-two together.”

And contrary to popular belief, Shields isn’t always wearing the crown. Matter of fact, it wasn’t on her head at the AMAs; that and her new hair style that night which featured bangs lead yours truly to not recognize the titleholder, an occurance Shields did not let me forget during our interview. However she also joked that there is another time when people don’t realize she’s Miss America.

“If it’s an ‘airport day,’ they don’t really believe me,” Shields said. “So I mean it really depends!”

There are certainly more “airport days” on her docket, but also some once-in-a-lifetime destinations such as the Academy of Country Music Awards and the Billboard Music Awards, both of which take place this spring. “Miss America” is produced by Dick Clark Productions, which also handles all of the aforementioned award shows along with “Dick Clark’s New Year’s Rockin’ Eve,” another show that Shields participated in. The Arkansas-native didn’t seem to mind the December climate in New York too much.

“Maybe it’s everyone dancing that’s making it not as cold?” she wondering out loud. “I was expecting to be layered in like 7 parkas but I’m actually just down to one so we’re good to go.”

Hopefully for Shields that meant not having to pack or travel with as much; right after witnessing the ball drop she skipped the champagne toast and received an escort out of Times Square to grab a head start on the next part of her never-ending itinerary. Although I’m sure at this point, she couldn’t envision her night any other way.