AUDIO: A Quick Word And Laugh With OneRepublic’s Ryan Tedder At ‘Giver’ Premiere

“Ralphie Tonight” covered red carpet arrivals at the world premiere for “The Giver,” starring Jeff Bridges. OneRepublic penned “Ordinary Human” for the film, and lead singer Ryan Tedder shared a quick word with us outside of the Ziegfeld Theater. We later ran in to Ryan at the after party; of course as the DJ was spinning “Love Runs Out.”

Sara Bareilles chatted with “The Ralphie Show” before her headlining, sold-out gig at Radio City Music Hall about navigating through Manhattan and pranking OneRepublic on the road.

Here’s the music video for the third single from OneRepublic’s album Native, “Counting Stars.” Ryan Tedder and company will perform tonight (Tuesday) on the season finale of NBC’s “The Voice.”

Over GRAMMY weekend, OneRepublic lead singer Ryan Tedder noted that the band’s third studio album, Native, was originally scheduled for a November 2012 release. When Tedder and his band mates stopped by the studio recently, he cited a couple reasons for the delay, including the influence of Swedish House Mafia on the record.

“It was just like overwhelming because I saw them at Coachella; they were the best performer that whole weekend,” Tedder told me. “Radiohead is one of my favorite bands of all time, but I gotta say like… Black Keys, Bon Iver, Kasabian… none of them held a torch in my opinion to the Swedish House Mafia set.”

Despite Tedder describing himself as “not a card-carrying electronic music fan,” the experienced directly inspired the single, “If I Lose Myself,” along with the general tempo of Native.

“We’re not going to all of the sudden; three years after the fact jump ship and be like, ‘Oh! This is popular now. Let’s go do this!’” he explained. “That’s lame. You’ve got a handful of bands who did jump ship and just went pure electronic… and we’re the furthest from that. And then you’ve have other acts who kind of batted around with electronic; tried to do like a “dance” record and it kind of missed the mark. So we were like, ‘Let’s do it. Let’s hit the nail on the head. And let’s capture that energy but still keep it sounding organic and like a band.’”

OneRepublic also decided to keep two tracks at the last minute – songs that Tedder almost gave away to other artists.

“We had a close call on this record. There was song that we were all really in love with,” revealed guitarist Drew Brown. “We went through a phase of feeling like it wasn’t going to fit with the rest of the continuity of the record. In the last hours of putting the record together there was a big ‘come-to-Jesus’ about like, ‘We absolutely can’t get rid of this song. We have to put it on the record.’”

The band called in Jeff Bhasker, who worked on the latest masterpieces for fun. and Kanye West, to finish the track. “Can’t Stop” made the album, due out March 26.

Here’s another track from OneRepublic’s forthcoming album Native. The band’s third studio LP will be released on March 26.

OneRepublic front man Ryan Tedder sat in his seat inside the Mercedes-Benz Superdome last Sunday just like any other spectator, watching Beyoncé perform during the Halftime Show. The singer/songwriter was 24 hours away from finishing the vocal recordings on the band’s third studio album, Native. Then, Beyoncé turned on to the final lap of her critically-acclaimed performance.

“She ended it with ‘Halo,’” recalled Tedder. “It was just completely shocking.”

Yes, the lead singer had no idea that the superstar songstress would end her set with a track that he composed.

“That was the best feeling,” he said. “What’s funny is, five seconds after it happened, I got a text from Max Martin.”

Tedder dubs Martin, “the greatest living songwriter/producer in the world,” and you’d be tough-pressed to argue against that title with a look at the Billboard charts over the past 15 years.

“I got a text from him saying, ‘Congrats on ‘Halo,’’” continued the singer. “This moment just got better, I’m sitting here watching this, and now Max Martin texted me.”

The next day, Tedder recorded the final pieces of Native. Now that the master is turned in (he beat the deadline by 10 minutes), fans of OneRepublic have an official, and final, release date of March 26.

“It was originally November,” said Tedder of the first target release date for the LP. “To be dead honest, we couldn’t finish the songs in time.”

The band now shifts in to promo-mode for the album, but not before a trip to Dubai this week. The band will also hit Europe before touring in the States this summer.

OneRepublic made headlines shortly after the tragedy in Newtown – lead singer Ryan Tedder has family in Connecticut. The band set out to raise $50,000 for the victims’ families and has almost doubled that total. OneRepublic will release its third LP, Native, in January 2013.

OneRepublic is back with the first single from its third album. The track was performed earlier this month on “Good Morning America.”

I’m a “Cake Boss” parody away from the Holy Trinity of NJ Reality Shows! 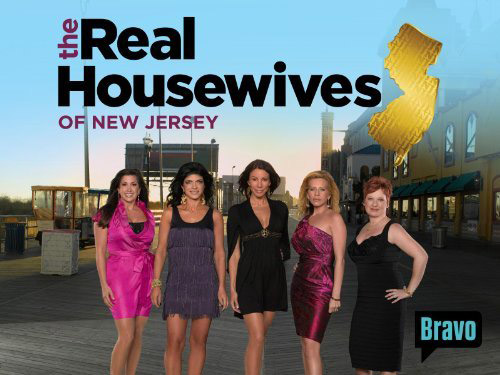