Jahron B is a singer/songwriter from Toronto, Ontario, Canada. He’s currently working with J.R. Rotem’s “Beluga Heights” camp (Jason Derulo, Iyaz, Auburn) and is starting to make waves on the Internet after Bruno Mars’ team leaked the single “Gold.” Mars is on the hook of the single by Jahron B, and you may have heard the song this past Wednesday on “The Ralphie Radio Show.” 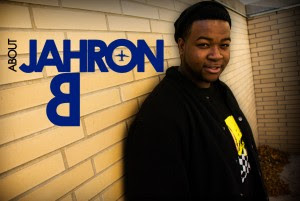 Jahron called in to “The Ralphie Radio Show” to talk about the track and his career path thus far.

Sure, her label may bill her that way. Yes, you may even think it after listening to “La La La.” But do not call Auburn the “female Jason Derulo.”

Matter of fact, don’t call her the female version of anything.

The MySpace sensation scored a record deal with J.R. Rotem’s Beluga Heights well before Derulo or Iyaz burst on to the scene. Now it’s her turn at stardom with her first single pushed to radio, the catchy “La La La”, which features her labelmate Iyaz.

Auburn checked in to “The Ralphie Radio Show” to shed some light on the track and the path she took to reach the current point of her career.

It won’t be released until this Tuesday, but Jason Derulo and Warner Brothers Records were kind enough to advance “The Ralphie Radio Show” and A.J. In The Afternoon copies of the Beluga Heights singer’s debut album. The nine track LP includes the number one hit, “Whatcha Say”, as well as “In My Head” and a few others that are sure to be instant classics. J.R. Rotem is the Executuve Producer of the project.

An iTunes Deluxe Version will include the acoustic remix of “Whatcha Say” along with a remix of “In My Head” and the music videos for both singles.