INTERVIEW: Lythgoe Surprised By Talent In New Season Of ‘Dance’

The latest installment of the Fox competition “So You Think You Can Dance” has taken co-creator and judge Nigel Lythgoe a bit by surprise.

“I wasn’t sure I was going to enjoy it as much as usual,” the former “American Idol” producer told me over the phone, calling in from Los Angeles. “We were asked by Fox to do a sort of junior version of it and I thought, ‘Oh, well I’m not sure how good these kids are gonna be.’

“I am absolutely delighted with the talent that we’ve seen. It is a new crop of dancers; they’re sort of 8 to 13 and they are just incredible.” 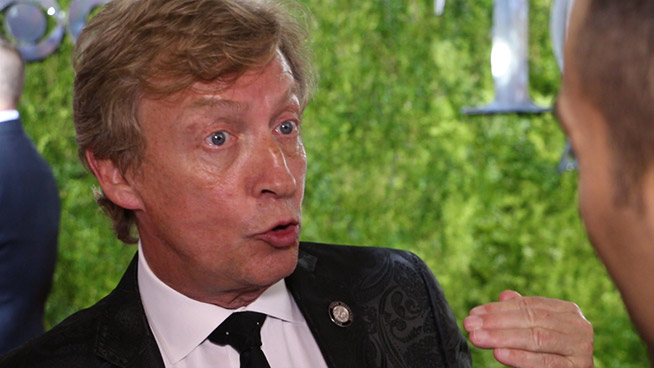 The show is now in its 13th season. Lythgoe, along with judges Paula Abdul and Jason Derulo all return. With the spin on the age of the dancers, a fourth judge in 13 year-old Maddie Ziegler is also on the panel.

“She is a very talented girl and obviously a muse for Sia,” Lythgoe said of Ziegler, who hails from Pittsburgh. “We thought (that) if we’re going to have a panel of judges for these kids we should have like the kid sister (Ziegler), the older brother in Jason, the aunty in Paula and the granddaddy in me!”

INTERVIEW: Jacquie Lee On Fangirling And What Christina Aguilera Taught Her

“The Voice” runner-up Jacquie Lee stopped by “Ralphie Tonight” to chat about her EP Broken Ones which features the single, “Tears Fall.”

The 17 year-old also talked about artists that she is a fan of and what she learned from her “Voice” coach Christina Aguilera.

Singer/Songwriter Sia called in to “Ralphie Tonight” to support her chart-topping LP “1000 Forms Of Fear” and talk about its unique creation and unorthodox promotion.