Julia Michaels is attempting to complete a transition that a handful of other artists are familiar with: Keri Hilson, Ne-Yo, Jason Derulo and Ryan Tedder come to mind immediately.

The songwriter is now keeping the hits for herself, and singing them. It all started with a track that is currently climbing up the pop radio charts: “Issues.”

“The song was so personal to me,” Michaels explained to me. “It felt uncomfortable thinking that someone else was going to sing such a personal song of mine.” 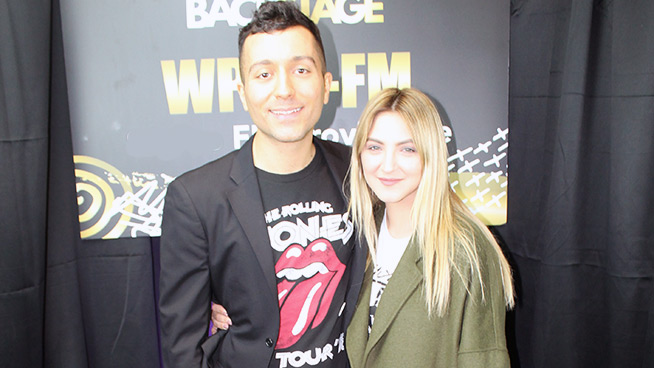 So Michaels sang it and now radio stations are playing it. It’s far from the first time she’s heard her lyrics on the airwaves though; the songstress has a co-write credit on Justin Bieber’s “Sorry” and has also penned tracks for Demi Lovato, Britney Spears and the aforementioned Derulo to name a few.

“Of course I had respect for them before, but now I’m like, ‘You guys are my heroes,’” Michaels said of her newer-found-respect for the artists she has worked with. “This is so different.”

In example: instead of at an event or in the studio on GRAMMY Week, there Michaels was at our backstage broadcast, granting interviews with radio stations across the globe regarding her past discography and current single. But with

“The first time I heard ‘Issues’ on the radio I bawled like a baby,’” she admitted. “I was like, ‘Whoa, this is happening. It’s so crazy.’”

And if the success of her prior hits is any indication, it’s only going to get crazier.