On April 12, 2011 – Amy Heidemann and Nick Noonan uploaded a cover of Chris Brown’s “Look At Me Now” to YouTube. A year and a half later, with a record deal and hit singles under their belt, the people that comprise Karmin do not seem to have changed much. Sure, Heidemann is now obtaining those blogged-about hair rolls with the help of a stylist, and Noonan’s choice of instrument is now backed by a touring band when on the road. But as for Amy and Nick themselves, the two seem pretty unfazed.

The duo continued to recollect experiences from their trip to the 2012 American Music Awards with the type of enthusiasm you’d expect from a radio contest winner. It’s refreshing.

“When we found out that we were presenting No Doubt, that was kind of the icing on the cake,” Noonan said. “That’s one of our favorite, most influenced-by bands, period.”

Heidemann chimed in that seeing Stevie Wonder live, for the first time, was another big highlight of the evening.

The band flew from Los Angeles to New York on Tuesday. On Wednesday, Amy and Nick filmed a performance for a year-end special on MTV. Then Thursday, the group took part in The 86th Annual Macy’s Thanksgiving Day Parade. Karmin is rolling off the success of its first major label release, Hello, which spawned the hit single, “Broken Hearted.” The group is recording a full-length album. 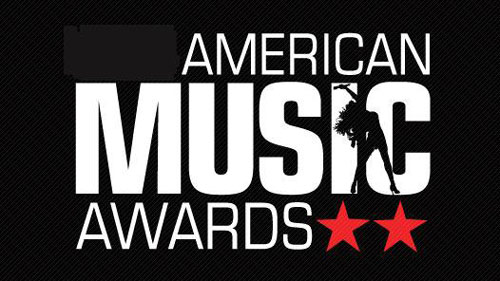 Hollyscoop.com will have full coverage from the AMA Red Carpet.

In an interview with “The Ralphie Radio Show”, Adam Lambert elaborated on his absence from the season finale of “American Idol”, shedding more light on why he didn’t appear or perform on the show with other “Idol” alums.

“I didn’t skip a rehearsal because I wasn’t invited to a rehearsal,” Lambert reiterated, posting a similar message on his Twitter account. The AOL blog Popeater claimed “Idol” producers scrapped Lambert at the last minute because of an alleged no show, which the singer is vehemently denying. “There was nothing to skip.”

While both Lambert and his camp have issued statements, “Idol” is silent, perhaps fueling any other speculation as to what happened. But the former runner-up believes there’s no need for the show to speak on the subject.

“It wasn’t a big deal, there was nothing to it,” Lambert dismissed. “They invited their winners to sing to Simon (Cowell) and then I think a last minute decision was made that the people that were in the audience, that were past contestants would join. So it was kind of like this last minute thing. That’s why I wasn’t there, because I didn’t know… it wasn’t a slight at all, it was a last minute decision and I was really busy rehearsing for my tour.”

Lambert confirmed that he was also sick; however it was tour preparation that kept him from the show.

The tour kicks off June 4 in Wilkes Barre, PA – and the singer says the start in Northeastern PA was semi-calculated.
—
Download the interview

—
“It’s so green here, we love it!” he joked about the area. “We were here before, with the Idol’s tour, and the audience was great. We thought we could relax here for a couple days and put our finishing touches on the tour and get it ready.”

The high demand for tickets even surprised Lambert – Wilkes Barre’s show on Friday at the F.M. Kirby Center sold out in 10 minutes. More dates have been added – and the singer revealed that a third batch of dates will also be announced, extending the “Glam Nation” tour through September.

“It is very family friendly,” Lambert also clarified – as I’m sure he’ll be hampered by those questions for the immediate future after his controversial performance at last year’s American Music Awards. “It doesn’t go to the level that the AMA performance went to, if anyone’s worried about that… if you felt that that was un-tasteful (sic), this is tasteful.”

Lambert is still asked about the award show, and still stands by his performance, characterizing it as “pretty solid.” But even the pop star admits the experience turned in to a good lesson for him.

“I learned that people were like, ‘Okay, we’re not ready for that yet,’” he admitted. “But it was just me being sexy, doing what my favorite pop stars have done and then I got heat for it.”

The “Idol” star noted that people may have been taken aback as well because it was his first TV performance outside of the competition, where he never expressed himself as much. But regardless, Lambert put the performance, and its critics, behind him.

“That was almost a year ago. We’re moving forward. That was one performance, one song, and now we’re on to the next.”

AND THE WINNER IS: MEGAN FROM MOUNTAIN TOP!

SHE TALKED ABOUT HER TRIP WITH RALPHIE AVERSA: