Shontelle Layne sounds like she is on “Cloud 9”… can you blame her?

“I am such a happy girl right now. Things have been going really, really well,” said Shontelle, who called in to “The Ralphie Radio Show” on the day her sophomore album, No Gravity, hit stores. “I mean, I’ve been in the studio with Rihanna as well.”

The two songstresses go way back – to the days when they were both cadets in their home country of Barbados. Shontelle will now collaborate with Rihanna on Loud, which is due out this November. Layne noted that her and RiRi wanted to link up for a while now, and was happy that their schedules finally synced. Despite other reports, the “T-Shirt” insists she cleared it with Rihanna before announcing the news.
—
Download the interview 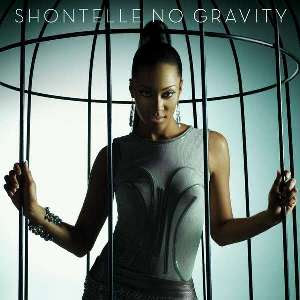 —
“I was very careful, I was like, ‘Ri, you let me know. If I’m not supposed to say anything, tell me,’” she recalled. “I literally didn’t say anything until I got the ‘all-clear’ and so, it’s all good.”

While Rihanna just finished up the “Last Girl on Earth” tour, Shontelle has been touring the globe promoting her new album and it’s first single, “Impossible” – which has sold over a million copies to date. Layne also found time to indulge in New York’s Fashion Week a little, thus missing the MTV Video Music Awards in Los Angeles.

“I love fashion, so you know… I’m so sorry VMAs, yeah I put fashion before music videos,” joked Shontelle. “I actually left London… and I literally hopped off the plane and went straight to Alexander Wang.”

While in London, Layne linked up with boy band JLS. No Gravity is in stores now, and features collaborations with Rodney “Darkchild” Jerkins, Asher Roth, and Bruno Mars.

This is good marketing right hurr.