With the first single from Streets of Gold entitled “My First Kiss” – Nat and Sean answered a question that will more than likely be asked a lot over the next few weeks – what was their first kiss like?

The track features Ke$ha and is on iTunes now.

DAILY DOWNLOAD: Lights Over Paris – ‘Turn Off The Lights’

Lights Over Paris front man Robb, a.k.a., “TaLLLLL”, checked in to “The Ralphie Radio Show” to chat about the band’s new EP, debut single co-produced by Kevin Rudolf, and what the band stands for – music and otherwise.

If people compared Orianthi’s style to Kelly Clarkson after “According To You” – they’re definitely saying something after hearing the singer/guitarist’s next single, “Shut Up and Kiss Me.”

“Yeah, that’s an awesome thing, she’s so talented,” Ori said of the comparison. “This song is a fun song; it’s got a guitar solo in it once again.”
—
Download the interview

—
The showcasing of her guitar skills is far from a coincidence – the Australian-born artist hopes to inspire other kids, especially women, to pick up their own axe and play.

“Lyrically, it’s empowered, just like ‘According To You’, but it’s kind of sassy,” explained Orianthi.

But she quickly clarified that the song’s edge isn’t exactly a reflection of her.

“Yeah pretty much (me) with the volume turned up,” Orianthi said when describing the song. “That’s what you do for the song, you know, have fun with it.” 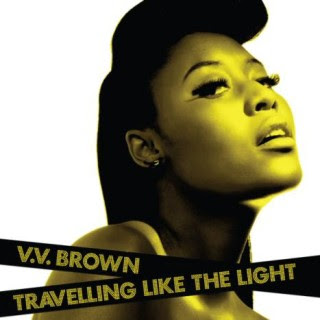 FeFe checked in to “The RRS” to chat about her return and her debut single from Joy, which hits stores on May 4. 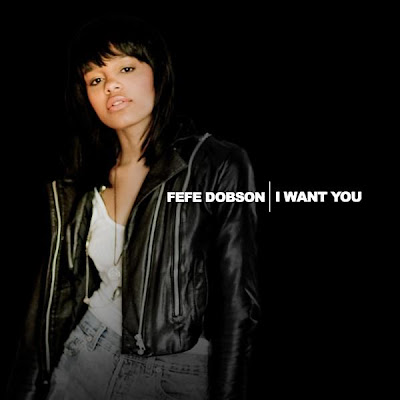 Btw, Dear DMCA Police: I host a syndicated radio show. I have permission from IDJMG to use the single cover and make my interview available for download. The segment is called “The Daily Download” on my show, and the song is not for download. THANKS.

Next time you complain about a friend inviting themselves to one of your parties, think of how Kardinal Offishall ended up on Estelle’s new single, “Freak”.

“He heard the song, and was like, ‘Gimme that,’” recalled Darlings, who played the track from her house for Kardi. “He literally like took the song, looped up the beginning of the instrumental and did his verse and sent it back like, ‘There ya go, I’m on the track now.’”

Estelle didn’t mind – she cites Offishall as a good friend and one of the few that she’d grant that privilege to. Plus – she thinks he added a lot to the single.

“He killed it,” she stated. “He came on it and lifted the energy up completely.”

The singer did clarify one issue: Kardinal’s path of entry to the record is not the reason she made him wear skinny jeans for the song’s music video.

“(Laughing) He knows me. Whenever he’s around me there’s a lot of skinny jeans,” Estelle joked. “I’m sorry. I’m British. It’s what happens.”
—
Download the inteview

—
Of course, before Offishall declared himself a contributor to the record, Estelle linked up with French producer/DJ David Guetta. The man behind “I Gotta Feeling” and “Sexy Bitch” only reached out to one artist other than Chris Willis for a contribution to “One Love” – Estelle.

“I was like, ‘Hell yeah, will you do a track for me?’” Darlings said. She and Guetta recorded “One Love” – which the producer would later use as the title track for his August 2009 LP, an honor that Estelle admitted is “really cool.”

“After we did ‘One Love’, we were just both sitting there and I was like, ‘Play me some more stuff,’” she said. “He played ‘Freak’ and I was like, ‘Oh my God… trust me, give me that record!’”

Estelle decided that she’d bring it back to the 80’s on the hook – paying homage to the British pop group Soul II Soul by singing the chorus of the group’s smash single, “Back To Life”.

“He lost his mind,” Darlings said of Guetta’s reaction to the impromptu tribute. “I’m a child of the 80’s from London. Soul II Soul is what I grew up on.”

“Freak” is the first single from Estelle’s third studio LP – All Of Me – which she plans to release this fall. Other confirmed contributors include Swizz Beats, Gym Class Heroes’ Travie McCoy, and John Legend. Darlings revealed that the album will probably not include another collaboration with KanYe West. She did note that a recent duet with Mr. Hudson would more than likely be included on an extended version of the LP.

Nat from 3OH!3 explained on “The Ralphie Radio Show that “Hey” is a cut from Lil Jon’s forthcoming LP, and the version obtained by “The RRS” is missing Jon’s verses.

You heard the studio version of “The Perfect Mistake”, off Cartel’s third LP, Cycles on “The RRS”. Now, check out the acoustic version, performed by Will and Joseph, and filmed in high definition.

The twin brothers from South Florida that comprise New Breed called in to “The RRS” to chat about the hip-hop group’s new single, “Get Away”. The track features Sean Kingston on the hook, and samples Madonna’s 1983 hit, “Holiday”.

Carmen Reece swung by “The Ralphie Radio Show” to chat about her new single, “Right Here”.