I’m a fan of one of the two, plus this song. Any guesses on which one? This track will appear on Kingston’s Back 2 Life, due out in December.

Summer 2012 anthem? Probably. The first single and title track from Sean’s forthcoming album due out this year.

Sean Kingston is back with the man who brought him to prominence, J.R. Rotem. The Beluga Heights producer whipped up a hot beat that features portions of “The Lion Sleeps Tonight,” made popular by the doo-wop group The Tokens. Nicki Minaj brings a little extra heat to the track and voila, we have what could easily be the first hit single from Kingston’s forthcoming album, Back 2 Life, due out this year.

I stopped by WBRE’s “PA Live!” for my weekly segment, “The Ralphie Report.” This week, I chatted about the UK boy band The Wanted, and the group’s American invasion. The boys have already appeared on “Ellen,” “Chelsea Lately,” and my show. Plus, The Wanted signed with Justin Bieber’s manager, Scooter Braun. Also covered: Sean Kingston’s alleged tax problems and Hollywood week on “American Idol.”

Somebody call 911… another singer has allegedly not paid his taxes. TMZ reports that Sean Kingston owes the IRS over $131,000 dating back to money he made in 2009.

New York-based tax practitioner David Selig believes the discrepancy may have arisen from a 1099 form that Kingston could have simply ignored. With new technology in place, Selig notes that the IRS is able to find and correct previous “misses” on their part.

More on Selig and his firm here. 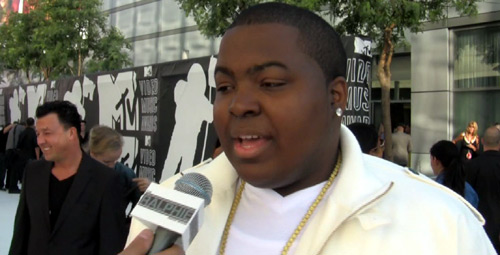 It looks like Sean Kingston will be releasing his third album in time for the holiday shopping season.

“It’s gonna be pretty collab heavy man,” Kingston said of the LP, which will feature tour mate Justin Bieber, Lil Wayne, Akon, Nicki Minaj, and more. “I swear like, it’s basically done so make sure you look out for a major album dropping in November.”

Fall will be a busy time of year for the island-pop star, as he will also still be touring with Bieber on the second leg of the “My World” tour. The trek stops at large arenas through mid-December. Kingston shrugs off the notion that living in both the hip-hop and pop worlds simultaneously is hard.

—
Kingston has echoed similar sentiments while on the road to Bieber, a person he considers a little brother of his.


“I’ve just been telling him, ‘Stay humble, be safe, keep God first, don’t let it get to your head,’ you know, stuff like that,” said Kingston. Although while staying humble, the singer still knows how to have a little fun on the road. Sean admitted that it was he who put Bieber in that Lamborghini that the duo was photographed driving in during the tour’s stop in Los Angeles.

In addition to the tour, and the impromptu Lambo runs, Kingston and Bieber will also be dropping a mixtape, which the “Fire Burnin’” singer says will consist of about nine or ten songs. King of All Kings will be released September 20.

Sure, they may be a group of talented and popular artists who comprise the lineup of one of the hottest tickets this summer. But don’t think for one second that the performers on Justin Bieber’s “My World” tour aren’t having the time of their lives.

“We do a lot of fun things before the show, like today we’re thinking about playing ‘Hide and Seek’ around the venue,” said 15 year-old Jessica Jarrell in an interview Wednesday on “The Ralphie Radio Show.” Jarrell met Bieber about a year and a half ago, and now calls him a tour mate in addition to a friend. “(We have) like water fights and stuff, it’s been awesome.”

Bieber and Jarrell aren’t the only ones in on the shenanigans – fellow artists Sean Kingston and Iyaz also partake in the fun.

“We got them in the water fight just a few weeks ago,” Jarrell excitedly revealed. “Me and Justin teamed up and attacked Sean and Iyaz and all of them. We won!”
—
Download the interview

Jessica’s single “Up and Running” featuring Travie McCoy was the night’s Daily Download.
—
Of course, touring with one of the biggest pop acts in the world at a young age can have its downside, but Jarrell seems to be acclimating herself just fine.

“Me and Justin went to Mall of America and we started running – and hid in the Macy’s beds and then they ran right past us,” the singer recalled, as her and Bieber avoided a group of fans who spotted the two at the biggest mall in the country. “It was so funny, it was so cool. We just started cracking up.”

Jarrell is unaware if she’ll continue on the second leg of the “My World” tour this fall, but said it’s “highly possible.” Her duet with Bieber, “Overboard”, appears on My World 2.0 and will also land on Jarrell’s debut LP. The lead singer from her album, “Up and Running”, features Gym Class Heroes front man and “Billionaire” emcee Travie McCoy.

The twin brothers from South Florida that comprise New Breed called in to “The RRS” to chat about the hip-hop group’s new single, “Get Away”. The track features Sean Kingston on the hook, and samples Madonna’s 1983 hit, “Holiday”.