Life & Style Weekly reports in the magazine’s latest issue on the custody battle brewing between Tom Cruise and Katie Holmes. Senior News Editor Jordi Lippe called in from vacation in Alabama and also talked about Ashley Tisdale’s recent birthday party that Selena Gomez showed up to but Justin Bieber did not. 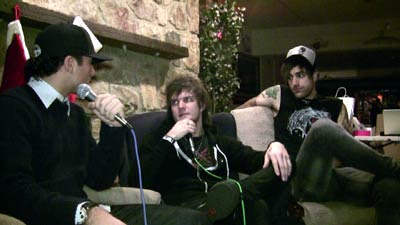 V Factory stops by The Ralphie Radio Show to chat about the group’s new music video for “Love Struck” – Twitter – and birthday celebrations.

Plus, the group allowed Ralphie an exclusive sneak peak to the video…

V Factory just finished the video, and is set to release it as soon as this weekend. Of course, quite the interesting predicament on set – as Scott Speer directed the piece. Speer currently dates Ashley Tisdale, who recently broke up with V Factory’s Jared Murillo. In the interview, Murillo insists that he and Speer were friends well before this incident, and that only the addition of Tisdale on set would’ve made the situation awkward.

The group is continuing on a promo tour as “Love Struck” climbs the charts. V Factory’s debut LP is set for a late summer/fall release.

“Love Struck” will also be heard in the upcoming Transformers 2 movie.

V Factory swung through the studio… you can hear the interview tomorrow on The Ralphie Radio Show – but meanwhile – check out an exclusive preview of the music video for their soon-to-be hit single, “Love Struck.”

Scott Speer directed the video. Yes, he’s currently dating V Factory member Jared Murillo’s ex-girlfriend, Ashley Tisdale. But did that make things awkward on set? Find out tomorrow when I ask Jared – plus the guys chat about shopping, celebrating birthdays, and landing their song in Transformers 2!

On The CD, Touring – Plus Jared Murillo Talks About Ashley Tisdale