Meet Justin Adam Brown, a 24 year-old columnist for The Weekender who flew to Los Angeles to honor Michael Lohan with a “Father of the Year” award. Everyone from Radar Online to Perez Hilton picked up the story.

Naturally, I had my questions, so I asked them to Brown on “The Ralphie Radio Show.”

TMZ’s Nicki Fertile updated us on Lindsay Lohan’s jail sentance and rehab stint, and also spoke about a song Michael Lohan wrote and had produced for Lindsay. 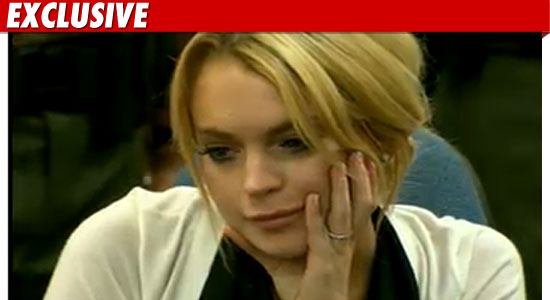 TMZ’s Nicki Fertile updated “RRS” listeners on how Lindsay Lohan was doing behind bars, as well as what her father was up to that could land him back behind them as well.

Michael Lohan is not buying a report from TMZ that his daughter Lindsay simply cut herself off from certain prescription drugs, as he suggests still that she needs help in the form of a rehabilitation program and not jail.

“(The TMZ report) is a complete lie. You cannot just get off the drugs Lindsay was on in one or two or three days,” Lohan claimed in an interview on “The Ralphie Radio Show.” “Whoever said that, it’s probably her mother again, is just lying over and over again. They should test Lindsay and she if she’s off the medication, I guarantee you she’s not.”

Lindsay’s father, who sounded equally exhausted and frustrated with this whole ordeal, also voiced his displeasure with Judge Marsha Revel after she promised to sit down with him provided he retained an attorney. After Lohan hired Lisa Bloom, the Judge still refused a meeting.
—
Download the interview

—
“The judge lied about that,” said Lohan. “I should sue her for the money I paid for my lawyer.”

While Mr. Lohan has representation, the attorney backing his daughter is unknown, with reports that Robert Shapiro was brought in. Lohan didn’t know for sure but thinks it’s a “great thing” if that is the case.

“He went through the same thing with his son, he lost his son to a drug overdose,” said Lohan. “But the problem is this: if he expresses his feeling about Lindsay getting off the prescription drugs, she’s not going to do it. She’ll tell him she is, or she’ll fight tooth and nail, but she’s not going to get off them.”

Michael Lohan believes his daughter’s only hope at this point is “rehab… under medical supervision,” otherwise; he’s left hoping and praying that he doesn’t have to experience the same loss that Shapiro did with his son Brent in 2005.