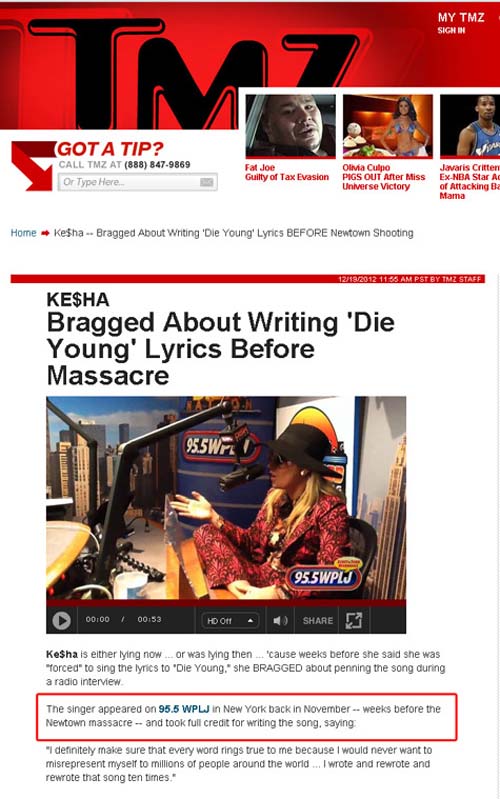 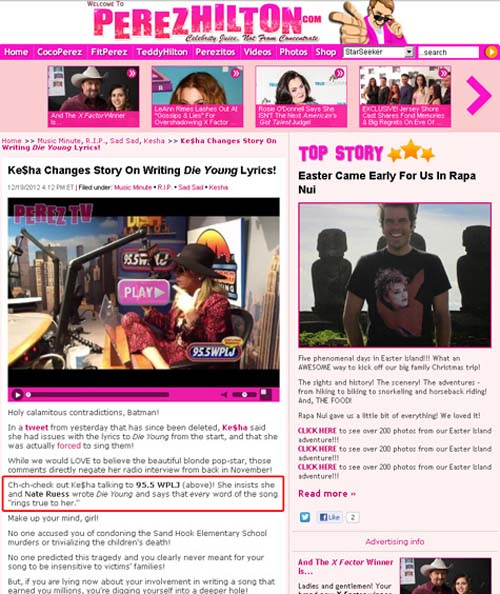 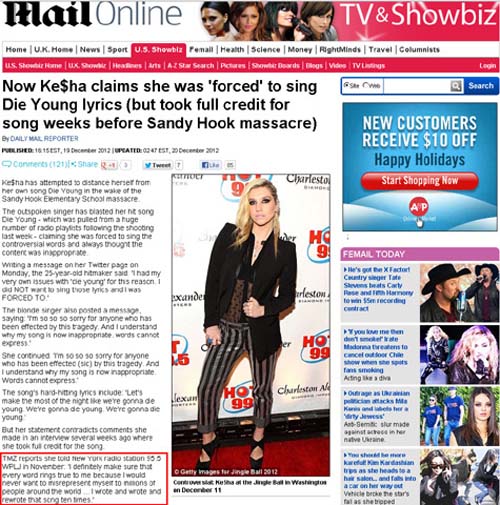 Singer/songwriter Ashlyne Huff threw up her “White Flag” when dealing with a guy she’s known for quite some time. The experience yielded divends: Huff is currently dating the guy that she claims she “fell in love with.” Now she hopes to continue reaping the benefits with her single, “White Flag”, which has been reviewed in Rolling Stone and featured on Perez Hilton.

Huff called in to “The Ralphie Radio Show” to chat about the single and all of the attention it’s received in the media.

Meet Justin Adam Brown, a 24 year-old columnist for The Weekender who flew to Los Angeles to honor Michael Lohan with a “Father of the Year” award. Everyone from Radar Online to Perez Hilton picked up the story.

Naturally, I had my questions, so I asked them to Brown on “The Ralphie Radio Show.”

EXCLUSIVE: Kat DeLuna Insists ‘Inside Out’ Will Be Released This Year

Kat DeLuna insists, Inside Out, her sophomore LP, will be released this year.

“No, no, no, not hopefully, it is!” she quickly replied, correcting my statement that she’d “hopefully” release the album later this year. “We haven’t picked the precise date yet, but looking toward around the summer.”

Some may have been wondering if DeLuna would ever release her second album: the project has gone through multiple years of work, multiple singles… even multiple record labels. The “Whine Up” singer left Epic Records in 2008 for Universal Motown. Since landing at the label, she’s collaborated with label mates Lil Wayne (“Unstoppable”) and Akon (“Push Push”).

DeLuna says the latter track is the official debut single for Inside Out. Produced by David Guetta, Kat created her own “Push Push” dance, which she already taught to Akon. The artist plans on uploading a tutorial to YouTube.

“I love to dance,” she gushed. “It’s funny, when I wake up and I’m getting ready in the morning, like I’m just dancing (while) looking at myself in the mirror.”

Dances have been a common theme in Kat’s singles. The “Whine Up” rose in popularity as the corresponding song shot up the charts. Of course, who could forget Perez Hilton dancing like a fool to “Dance Bailalo” last summer?
—
Download the inteview

Spring ’08
—
Hilton, real name Mario Lavandeira, shares Latino heritage with Deluna – he’s Cuban, she’s Dominican. The celebrity blogger jumped on the bandwagon of critics in September 2008 after DeLuna received a chorus of boos following her rendition of the “The Star Spangled Banner” on “Monday Night Football.” But, he loved “Dance Bailalo”, and apparently is a fan of her new work.

“He actually heard it a couple of days ago, and he said ‘Smash,’” DeLuna reported of Hilton’s reaction to the song. “He’s been a really good, amazing friend… you know, we can be friends today and I’ll still love him if tomorrow he goes on the other side.”

Hey, in entertainment, you never know – things change quickly and can turn inside out in no time. But don’t bother telling that to Kat – no pun intended – you’d be preaching to the choir.

“It’s a blessing to be able to do what you love every day,” DeLuna said. “With this second album, I’m so excited for my fans… people are going to discover me, again.”

EXCLUSIVE: Ke$ha – The Father-Less Pop Star With A Not-So-Soft Side

You know her as Ke$ha, the trash-talking, hard-partying pop star who’s single, “TiK ToK” recently sold the most digital copies in a week by a female artist. BTW, the song that she sings the hook of, Flo Rida’s “Right Round”, sold the most overall.

Her family and friends know her as Kesha Rose Sebert – a trash-talking, hard-partying aspiring artist, who is finally breaking out on the grandest stage of ’em all.

And as for Ke$ha, seems she knows who she is, and what she’s doing – but as for who her father is? Well, that’s another story.

“This guy called me up, and said, ‘I think I’m your dad,” explained Ke$ha. “So like, I moved to (Los Angeles), and off-the-plane moved in with him. And turned out he’s totally not my dad, and so I lived in my car for a minute… and then, I ended up getting my own apartment.”

Believe it or not, that’s one of Sebert’s more tame stories… her official website’s bio starts with an account of the pop star’s face-to-face meeting with an icon. Ke$ha paid off a gardner and snuck in to Prince’s house to give him a demo. Sebert met The Purple One, and she left the CD there for him, but she never heard back.

It seems Sebert loves to tell stories – and tales she tells on her debut LP, Animal, which hit stores Tuesday. The following day, before taping a performance on “The Tonight Show with Conan O’Brien” – the 22 year-old singer/rapper/story teller called in to “The Ralphie Radio Show.”

It’s a true Hollywood tale: the girl who lived in her car, and still doesn’t know the identity of her father, goes on to help sell the two most downloaded singles in a sole week. Of course, you probably didn’t know Ke$ha sang the hook of “Right Round” because she didn’t receive credit for the single. It was her decision to not be credited and not appear in the music video. Matter of fact, Sebert says at first she didn’t receive much of anything for the performance.
—

Part 1: CD Release Party Shut Down By Po-Po, Living In Her Car

—
“I didn’t get shit,” Ke$ha said, rather calmly, noting that in addition to no up-front payment, the track did not yield her any royalty checks. “I got a car,” she later admitted when pressed about whether the song could be credited with landing her a deal on RCA Records. The 1978 Gold Trans-Am that she currently drives can also be seen in the video for “TiK ToK.”

You can say what you’d like about the type of music, or the context of it – but Ke$ha insists the songs are sincere and “unapologetically fun.”

“The music is honest,” she clarifies. “I write with sheer honesty, so anything that’s in any of my songs, like, chances are I’ve probably done that at some point. I’m not saying like, I do these things every day.”

“Unapologetically fun” is kinda a term you could use to describe another track… Katy Perry’s “I Kissed A Girl.” Perry and Sebert are friends – and Ke$ha made a cameo in the video for Perry’s debut single. Yet, due to all of the commotion around her own debut, Sebert did not hear that comedian Russell Brand proposed to Perry… until I told her on The RRS.

“Are you serious?!” she exclaimed, before I cited multiple reports from Brand’s publicist and the comedian himself. “Wow, no shit.”

Sebert hasn’t met Brand, but is happy for the newly engaged couple. Although, she did have to think for a second on what she would give them as a wedding gift.

“I would get her… a giant… inflatable…,” she said, thinking out loud, before I cut her off and reminded her that the censors were standing by, if need be.

Part 2: Perez Hilton, CD release, new record label, what she’s been up to

Kat’s new CD, Inside Out, drops this Summer.