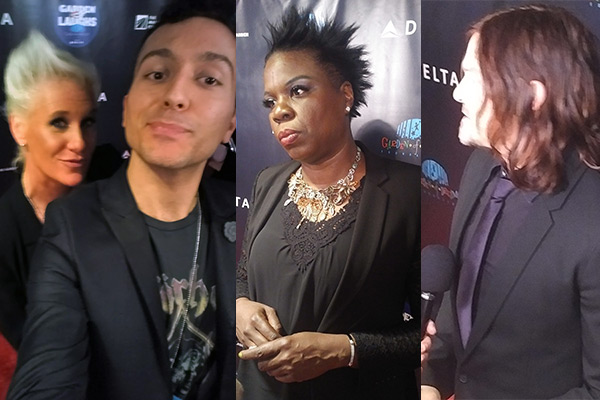 VIDEO: Stars Come Out To The Garden Of Dreams Talent Show

The Garden of Dreams Foundation held its annual Talent Show at Radio City Music Hall on Thursday. Children from across the tri-state area who are facing obstacles were chosen with the help of partner organizations to perform on the Great Stage at Radio City.

“People need to see the beauty in each person, no matter what situation they’re in,” Darryl “D.M.C.” McDaniels, one of the celebrity mentors to the kids, told “Ralphie Tonight before the show. “That’s what we do here at the Garden of Dreams.”

In addition to the celebrity mentors from across the entertainment industry that helped the performers prepare, a number of other stars showed up on Thursday to lend their support – including “Sopranos” actor Steve Schirripa, Kevin Jonas and Chef Anne Burrell.

“If you have found your path, hopefully much earlier than I did, you know what? Stick to it, and love it,” Burrell said of the advice she usually gives kids. “And if you love it, you’ll be good at it.”

Other mentors for the show included model Damaris Lewis, The Rockettes and “Today” host Hoda Kotb. The event was hosted by MSG Networks’ Al Trautwig and Jill Martin.

There certainly was no shortage of star power, or inspiring stories. Braeden Hahn is a 14 year-old from Fredon, N.J. He was treated for severe aplastic anemia, but on Thursday when I asked him how he was feeling, that seemed to be the furthest thing from his mind. The singer and guitarist told me he was a little nervous, but excited to perform at Radio City – the largest stage he had yet to grace. Hahn chose to sing John Mayer’s “Gravity.”

“When I was in the hospital, I first heard the song and it just got to me because my sickness was trying to bring me down, just like the gravity, and I wouldn’t let it.”

“Ralphie Tonight” covered the Red Carpet at the Garden Of Laughs Comedy Benefit for the Garden Of Dreams Foundation. The event, held in The Theater at MSG, raised nearly 1.4 million dollars for the foundation.

The Garden of Dreams Foundation is a non-profit organization that works with The Madison Square Garden Company to bring the magic of MSG – including MSG Entertainment, the Knicks, Rangers, Liberty and MSG Networks – to children facing obstacles. Since its inception in 2006, Garden of Dreams has created enduring programs and once-in-a-lifetime experiences that have brought joy and happiness to more than 250,000 children and their families.