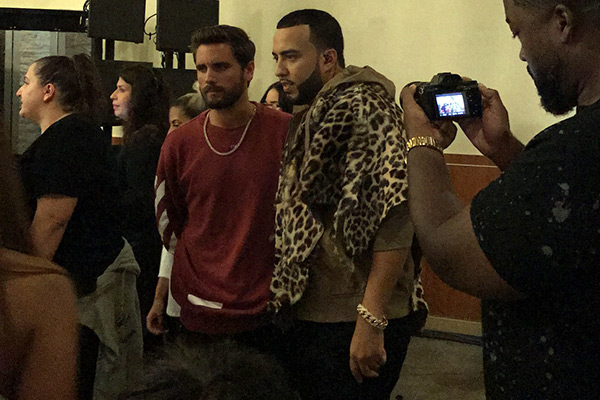 You would think by now, after five albums, four top twenty hits, and a three year hiatus, not much would surprise Train lead singer Pat Monahan. You’d think incorrectly.

“The biggest shock of my life, so far, was that about two months ago, we were nominated for three Teen Choice Awards,” admitted Monahan on “The Ralphie Radio Show.” “That was like, ‘c’mon!’ That was really great.”

Personally, I was a little shocked to see Train performing before this year’s MLB Home Run Derby in Anaheim. I didn’t even know they booked live music before such events.

“I was psyched to be there,” the lead singer said. “Major League Baseball has been super great to us, for many, many years,” Monahan continued, before revealing that his allegiance lies with a number of teams, including the Mariners (he lives in Seattle), the Athletics and Giants (the band is rooted in the Bay area), and the Pirates (Pat is from Erie, PA – near Pittsburgh).

Due to that last fact – Monahan also counts himself as a Steelers fan. The singer says he feels a little guilty rooting for Pittsburgh because of how often they win (likening them to the New York Yankees in the process), but doesn’t know what this new season will entail with the off-field troubles of quarterback Ben Roethlisberger.

“I don’t know what that dude’s doing,” he said. “He should go to like speed dating school or something, I dunno.”
—
Download the interview

Save Me, San Francisco is in stores now.

—
Hey – although Monahan downplays the media’s storyline of Train’s “comeback”, noting that other bands have taken much longer hiatuses to write, travel, and spend time with family – the man knows a thing or two about returning to prominence. Perhaps someone should link “Big Ben” up with him?

Anyways, Monahan and his band are currently linked up with John Mayer on an outdoor amphitheater trek, veering off the path periodically for some headlining dates as well. The front man is having fun on the road with Mayer.

“I think we’re going to write a little bit, and I love to write with dudes like that,” said Monahan, praising Mayer’s writing and guitarist skills. “Maybe there’ll be something on the next Train record or maybe we’ll write something for somebody cool – whatever. Just to get in a room with someone as talented as John is going to be cool for me.”

A pretty big compliment, especially considering Mayer was 21 when Train dropped their debut, self-titled LP in 1998. But the band is quite welcoming to the new breed of artists – Monahan once again complimented the work of Taio Cruz before our interview, and enlisted the help of Pete Wentz to direct the band’s video for “If It’s Love”, the next single from Save Me, San Francisco.

“I think the band has a really good sense of humor, and we’ve never really been able to show that,” said Monahan. “There’s nobody better at that than Pete… he was great at that.”

In addition to the band’s touring commitments, Train will make a second appearance in less than a year on NBC’s “The Today Show” August 6.

Ralphie Aversa  —  07/15/2008 — Leave a comment
as if the 15 year old didn’t have enough drama in her life right now… perry will be attending the teen choice awards, which cyrus is hosting, and kidd kraddick is sending you to…

the article is here.