I joined “Chasing News,” which airs weeknights on Fox in New York and Philadelphia as well as weeknights on My 9 in New Jersey to chat about my recent interview with Vinny Guadagnino. The fine folks in the newsroom there were most-interested in the part of our conversation where we dove in to the current political climate surrounding President Trump.

Semi-related: If you ever wondered what my living room looked like… voila! 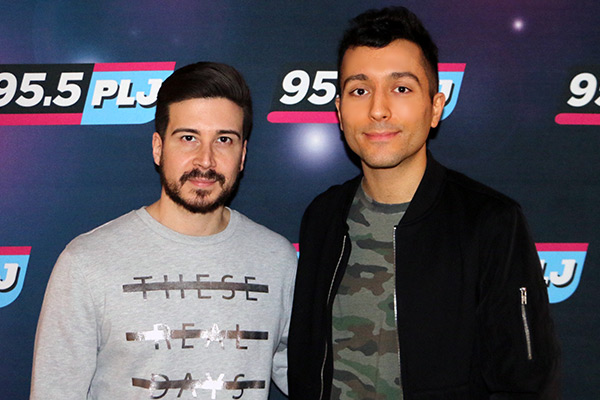 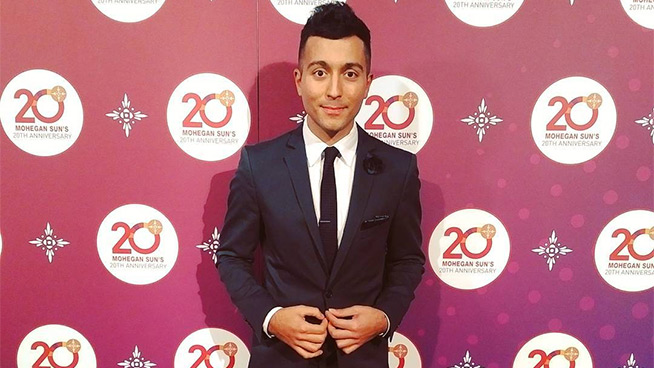 On WBRE’s “PA Live!” for this week’s “The Ralphie Report,” I talked about my interview with MTV “Jersey Shore” star Vinny Guadagnino, Justin Bieber admitting he has a beer every now and then, and made a prediction on who would compete in the finals for “American Idol.”

INTERVIEW: Vinny Guadagnino on Getting Cast for ‘Jersey Shore,’ His New Book, and Season 6

Some credit “Jersey Shore” with reviving MTV, a network that was trying to find its place in pop culture after “The Real World” ratings dwindled, “The Hills” came to an end, and music videos became an online, on-demand commodity.

But, it almost didn’t happen. The original concept for “Jersey Shore” was actually intended for VH1.

“When I applied for it, there was actually a VH1 application,” revealed Seaside Heights star Vinny Guadagnino. The Staten Island-born partier sat down with me at Mohegan Sun in Uncasville, CT before signing copies of his new book, Control The Crazy: My Plan To Stop Stressing, Avoid Drama, and Maintain Inner Cool. “It was asking for ‘orange’ people that have really spike-y hair and big muscles and stuff.”

Offended that the casting directors thought all people who partied on the Shore looked like this, Guadagnino applied, despite lacking the tan, hair, and muscles. Producers loved him and the reality TV star was a part of the first show pilot, entitled “Guidos.” Initially, the plan was to take the “Flavor of Love” or “Rock of Love” dating competition model and apply it to Seaside Heights. But fearing that there was already too many shows similar on television, Viacom executives changed the concept to a more “Real World”-like model. Vinny was left, but some younger women, such as Nicole “Snooki” Polizzi were brought in. Suddenly, the show was more MTV friendly.


“You need diversity in the cast,” explained Guadagnino. “You need a spectrum from light to tan (laughing). That’s why you pick me, because people want to identify with different types of people. So if you had all the same cast member, it wouldn’t really be an entertaining show, right?”

Probably not, and perhaps the series would not be gearing up for its sixth season. Filming in “the house” begins this summer.

“When I first started, I didn’t know what I was walking in to,” Vinny recalled. “Now at least I know who is going to be there. I know that ‘Snooki’ is pregnant and Mike [‘The Situation’ Sorrentino] was just going through something so, I just know as much as you do. I’m just going to go there and make the best of it.”

That “something” Guadagnino referred to is probably the reports that “The Situation” found himself in rehab, allegedly over addictions to alcohol and prescription pills. The abuse of drugs is one of many lessons Vinny touches on in his new book, as he tries to help others cope with anxiety issues.

“Whenever Mike does something bad, he always comes to me,” Guadagnino said. “He’s like, ‘Vin, I’m gonna do something.’ And I’m like, ‘Alright…’ because he knows that I’m going to give him “the look” afterwards.”

As Vinny found himself needing help, he went to an on-set therapist, who he refers to in the book as “Dr. B.” But not even a professional could prevent the anxiety from getting the best of Guadagnino, and he reveals in the book that it was his personal struggle that led him to temporarily leave the show during season five.

“When it was happening to me, they really didn’t know what to do,” said Vinny, before revealing that his cast-mates offered him amongst other things, strippers, to help him out. Guadagnino appreciated the sentiment but declined. “Anything that ever happens to you can be looked at as a positive thing because the reason why I know all this stuff and I have a book and that I’m very knowledgeable in spirituality is because I’ve gone through it.”

As he said earlier in the interview when referring to himself, Guadagnino truly is the “Dalai Lama” of the house on “Jersey Shore.” If nothing else, he certainly adds to the cast a diversity that he credits with the show’s success.