VIDEO: I Almost Got A Model In Trouble

Chatted with DJ Pauly D, Aubrey O’Day, Willis McGahee and Jessica White – all stars of the new E! reality show “Famously Single.” We had a bit of fun.

There were three big changes this year to the MTV Video Music Awards: no host, the red carpet went from white to black, and all of the arrivals were inside at the Marriott, which is next door to the Nokia Theatre.

Save those, it was another star-studded event in Los Angeles, which set a network record for the largest VMA rating in the show’s history.

– While I was updating on my Twitter and Facebook as celebrities walked by, I missed Beyonce’s big announcement that her and husband Jay-Z were expecting their first child. I did get a quick work with the former Destiny Child star, who told me she was looking forward to her performance later that evening.

“Simple and sweet,” he said of the expecting mother’s forthcoming performance. “She’s performing, ‘Love on Top,’ my favorite song off her new album.”

Gatson was unaware if the late announcement of Beyonce’s performance was due to a late addition or simply, “saving the best for last.” Of course, the impending pregnancy and announcement, which occurred during the MTV VMA preshow, could have also played a role.

– Lil Twist, one of Young Money’s youngest rappers, said that the camp was aware of Lil Wayne’s Tha Carter IV leaking this past week, but shrugged his shoulders when asked for a reaction.

“Nah, it doesn’t affect us,” Twist said. “Whatever, it comes out tonight at midnight.”

Weezy wrapped up the VMAs with an explosive performance, and then celebrated his album release at a private party in Hollywood.

– I was fortunate enough to attend the In Touch Weekly “Idols and Icons” VMA after party on Sunset Boulevard. Amongst some of the celebs there: “Entourage” and adult film star Sasha Grey, a fit-looking Kendra Wilkinson, Kat DeLuna, and my buddies Hot Chelle Rae – who divulged that the band’s follow-up single to the smash, “Tonight Tonight” will feature New Boyz.

– Andrew Dice Clay is making a comeback, in large part to his current arc on “Entourage.”

“I wanted to do it right away,” said Clay on making the decision to join. “I’ve always been a big fan of the show.”

If you watch the HBO show, you know that Dice’s classic line thus far is: “Dice does the f**king.” Was that his mentality back in his heyday?

“I still think that way,” the comedian responded.

– We all know that DJ Pauly D is usually “DTF” – but recently he took a break from his “Jersey Shore” antics to join Britney Spears on tour. The Rhode Island-native says he would talk to Spears every night.

“It was amazing,” he gushed of the experience. “The best thing I’ve ever done in my life.” 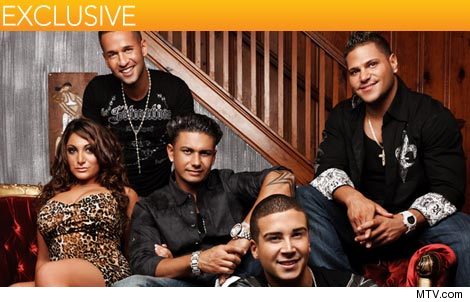 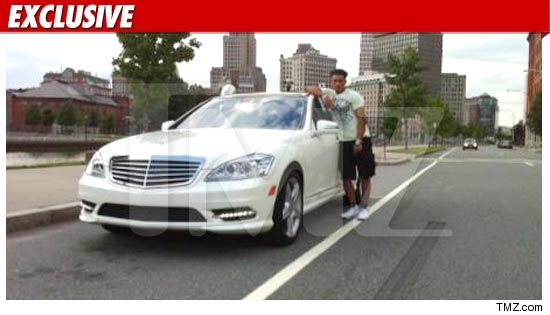