Some credit Foster The People with leading indie rock’s movement in to mainstream radio, with acts such as fun. and Gotye now reaping the benefits. FTP lead singer Mark Foster is honored that people might credit him with changing the spectrum of pop music.

“Recently I’ve had a lot of people, like old friends in the music industry and people in different bands, say that to me,” Foster said recently during a phone interview from New York. “I’ve never really thought about it before. That’s like one of the biggest compliments.”

In an era where electronic dance music seems to rule the airwaves, “Pumped Up Kicks” broke the mold and became 2011’s breakout hit. Over a year later, Foster is still quite busy due to the song’s popularity. The band is currently on tour and set to push its fourth single from Torches, the up-tempo “Houdini” to the masses.

“I’m such a different person than I was a year and a half ago,” the singer said as he reflected on the band’s journey. “Not just personally, but musically.”

Although in addition to the personal and musical growth, Foster and his band have received a solid professional education as well during the wave of success.

Foster feels like he’s lived “10 years worth of memories in a year.” He believes all of those experiences will play in to the band’s next album, which he hopes to begin writing and recording later in 2012. Although the front man is focused on “Houdini,” he left open the possibility for a new single before the year’s end. The band will be busy on the road and tackling other projects that pop up over the summer. Recently Foster co-wrote a track with Taylor Swift for the songstress’ forthcoming album.

“We wrote a song together, and then I’ve been working on this song with K’Naan,” Foster revealed. “Love that guy, and he’s doing some really cool things.”

Yet despite changes that he and the band have gone through over the past 18 months, one thing will stay the same: Foster said he will be “doing his own thing” on the band’s next LP. He never thought pop radio would play “Pumped Up Kicks,” and so Foster is not about to tailor his writing and recording method to the outlet. And now that indie rock is even more accepted by Top 40 radio, there certainly isn’t a need to fix something that is not broken.

AUDIO: ‘Now I Want a Doritos Taco’ (Parody of Gotye’s ‘Somebody That I Used to Know)

I feel this goes without saying, but the following parody is not Gotye-approved. 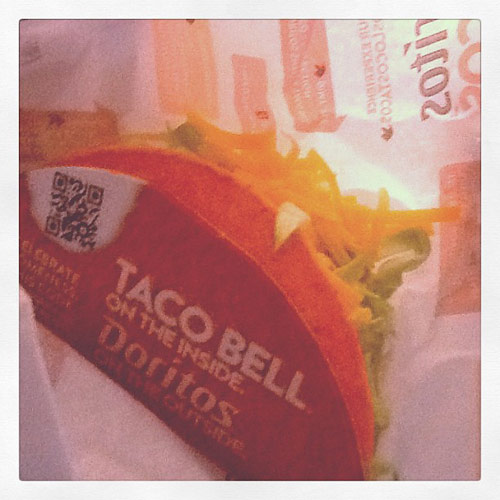 Seriously, how can you not absolutely love this?

DAILY DOWNLOAD: TheRealBigChaz – ‘Somebody That I Used to Call’

Carly Rae Jespen x Flo Rida x Chris Brown x Gotye = one of the best mashups you will hear this summer. But wait, there’s more! Use the Soundcloud link below to download the track for free!

DAILY DOWNLOAD: Gotye – ‘Somebody That I Used to Know’

I hear comparisons of this track to Foster The People’s “Pumped Up Kicks.” If they mean two indie rock tracks that pop radio will play until people’s ears bleed… I get it.