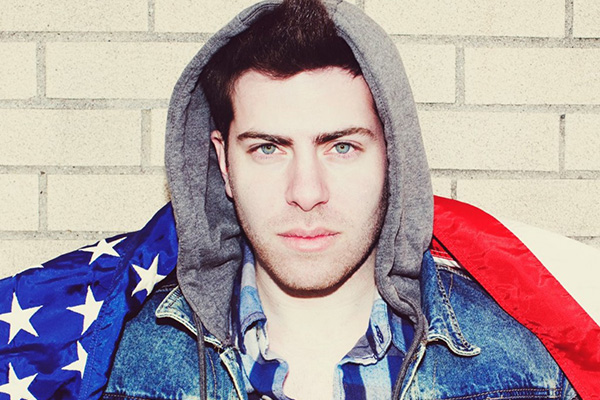 It’s astonishing to look back at the events and people that Webster Hall has hosted over the years, from both a variety and historical standpoint. Politicians, unions, musicians, celebrities, students, ravers and pretty much anyone who wanted to be someone or been seen with someone filed in to the venerable East Village venue for decades.

But of course, especially in the ever-changing borough of Manhattan, all good things must come to an end. Brooklyn Sports Entertainment purchased the concert venue back in April and following Thursday night’s performance from Flushing emcee Action Bronson, it’ll close for renovations. The new Spectrum Hall, outfitted for sports and concerts exclusively, is expected to be finished in about two years.

For me, it’s easy to reflect on Webster Hall because I only have two distinct memories from the venue. The first came on November 23, a little over a month following my move to the city. I caught a performance from Long Island’s own Hoodie Allen (thanks Hoodie for the guest list hook-up). I’ll never forget running up to the balcony (VIP status, you know) and grabbing a Brooklyn Lager on draft just as Hoodie took the stage. The sold-out crowd exploded, singing along to every word from his debut EP “All American.”

Need to spend this rare Friday night off correct – heading to the sold-out #WebsterHall to see the homie @HoodieAllen! #AllAmerican

The second took place a little less than a year later. I strolled down to the East Village with a camera man from 95.5 on September 30 to interview a then up-and-coming artist by the stage name of Lorde. Born Ella Yelich-O’Connor, the 16 year-old had just released her critically-acclaimed and soon-to-be GRAMMY Award winning debut album “Pure Heroine.” She was also about to headline three sold-out shows at Webster Hall, which is where her and I chatted before sound-check.

A couple things stand-out from that experience: for starters, we set-up for the interview on the aforementioned balcony which was still disheveled from the previous night. I didn’t really mind though, save the tampon wrapper that was on the ledge and in our camera shot. If my memory serves me correctly, my friend Nikki who at the time worked for Republic Records handled its disposal (thanks again Nikki!). As for the empty plastic cups, those were purposely left there because… Webster Hall.

The other unforgettable part of that day was Lorde pulling a 180 during the interview regarding comments she had previously made about her label-mate and now-BFF, Taylor Swift. In hindsight, it wouldn’t be the first-time she’d have to walk-back a statement about Swift but nonetheless, Lorde found herself in the headlines due to an interview with Metro, a publication back in her native New Zealand.

“Taylor Swift is so flawless, and so unattainable, and I don’t think it’s breeding anything good in young girls. ‘I’m never going to be like Taylor Swift, why can’t I be as pretty as Lorde?’ That’s f–king bulls–t,” she said at the time.

The following Monday in Manhattan, the artist sang a different tune when I asked about who she believes is setting a good example for teenage girls.

“Taylor Swift is a really good role model, and I think what she’s saying is pretty cool,” Lorde replied. “Yeah, I think (her lyrics are) empowering. I think it’s cool.”

Lorde also addressed the situation, albeit non-directly, via her Tumblr that day. However that video of the “Royals” singer talking about Swift eventually went somewhat viral, gaining almost a half-million views to-date. It’s one of 95.5 PLJ’s most-viewed YouTube clips ever, empty plastic cups and all.

On WBRE’s “PA Live!” for this week’s “The Ralphie Report,” I reported on The Ting Tings, emcee Hoodie Allen, and Nicki Minaj’s return to Twitter.

You’ve heard of the white kid going to college and doing well for himself in the hip-hop and R&B game before. But, have you heard of the Ivy League graduate who worked at Google before quitting, dropping mixtapes, and independently rapping his way to the number one album on iTunes?

That EP, All American, vaulted to the top of the iTunes charts mere hours after Allen released it. The University of Pennsylvania alumnus told me via telephone that his fans’ support never ceases to surprise him.

“It’s been really cool to control the creative process, and put out what I like, and be my own A&R,” Allen said. “It’s just nice to see the follow-through, and everyone really loves the album. That’s been the most rewarding part of it.”


Allen already declined multiple major record label deals, and showcasing his capacity to move units with no “commercial machine” backing him only has the industry salivating over him even more. But for the emcee, his focus is solely on a sold-out tour that has him traveling the country. Not on label execs, not on his bank account… no, not even on the growing number of Facebook requests he’s receiving. He notices though.

“You know, I’ve started getting a lot of friend requests from girls I went to Penn with, who were too cool for me then, but now they want to be my friend,” Allen joked. “I guess I’m doing something right.”

All Allen had to do was look at album charts and ticket sales to know that he has figured out how to launch a successful music career. Although, I’m sure he doesn’t mind the Facebook inbox reminders either.