Nick Hissom, singer/songwriter/model/friend of the show, stopped by to chat about his new EP, ‘Love Energy’ and single, “Where You Are.” Hissom also talked about balancing a modeling career with an Ivy League education at UPenn and who inspired his latest single. 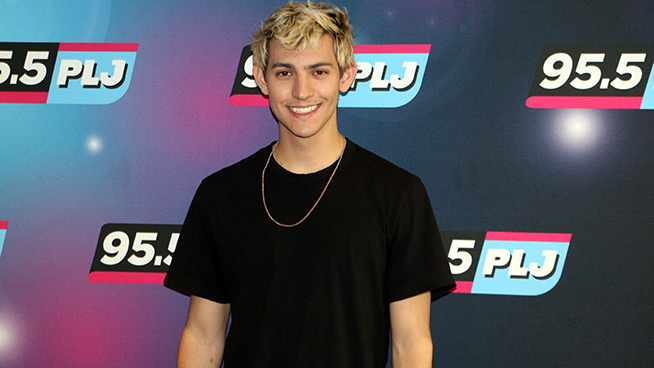 A few staples of the Las Vegas scene stopped by Red Carpet Radio at the 2015 Billboard Music Awards to chat with “Ralphie Tonight.”

Terry Fator won the second season of the NBC competition “America’s Got Talent.” The entertainer just marked his sixth year headlining at The Mirage on The Strip. Fator believes he’ll be there many more years to come. He also gave his thoughts on the end of “American Idol,” noting that he’ll miss it and is happy there are other shows like “AGT” and “The Voice” still on the air.

Carrot Top has been in Vegas for 30 years – he’s spent about the last 10 performing at The Luxor. The comedian is hoping to attend Sunday’s award show, and you might be surprised as to what he is looking forward to. Of course, Carrot Top also quipped about everything from “Fifty Shades Of Grey” to “Deflategate.”

And Robin Leach – a former Channel 7 reporter – needs no introduction. The former “Lifestyles of The Rich and Famous” host dished about his recent chats with Jennifer Lopez and Mariah Carey regarding their Vegas residencies.

Ne-Yo is back in the lab, working on his sixth studio album. The LP will be the follow up to 2012’s R.E.D., and according to the singer is slated to be released mid-year.

“I had to take it home this album,” the singer, nee Shaffer Smith, said to “The Ralphie Show” of the project. “I had to get back to my R&B roots on this one. That’s not to say that I have completely abandoned dance music. I have a love and a passion for it but I gotta go home for a second.”

The singer/songwriter describes the album as “predominately R&B,” but not completely. Ne-Yo told us there will “more than likely” be at least one dance track on the LP.

“I don’t know,” he responded when asked who he might collaborate with for that track. “I got a few favors I can call in, so I’m going to just get on the phone and see who answers.”

Last year’s top grossing DJ might be on the other end of the line. Calvin Harris broke on to pop radio with the help of Rihanna’s “We Found Love” and the Ne-Yo assisted “Let’s Go.” The two certainly have the talent to create another hit record. But while Harris moved in to Ne-Yo’s world of producing, the “Let Me Love You” singer segued in to Harris’ world of nightclubs. Ne-Yo just commenced a DJ residency in Las Vegas at Surrender and Encore, two of Sin City’s hottest spots.

“It’s going good,” the artist said of the gig. “An excuse to party in Vegas is a good enough excuse for me.”

Bobby Flay, Emeril Lagasse, Wolfgang Puck, Mario Batali… Flavor Flav? No, that isn’t a list of the world’s greatest emcees – but rather celebrity chefs with restaurants in Las Vegas. The hip-hop icon-turned-reality TV star threw his name on the list last week when Flavor Flav’s House of Flavor opened up a few miles from The Strip. The take-out spot’s specialty is the rapper’s personal recipe for fried chicken.

“I came up with this from experimenting in the kitchen for many years,” Flav told me at the grand opening ceremony last week. “My family owned a soul food restaurant, and then when I became a certified cook, I was the head cook at the Nassau County Courthouse.”

That’s correct: Flavor Flav isn’t simply another celebrity attempting to cash in solely with his name. The Long Island native actually has a culinary degree, meaning his move from music to food isn’t a stretch, and is more of a return to his roots.

The alcohol brand? Well, perhaps that is another story. Le Flav Spirits makes its debut this year on an alcohol-stocked shelf near you with vodka.

Sober Sally’s need not worry, as the hip-hop artist will also be releasing a non-alcoholic champagne in the line. As for Flav’s music fans – have no fear. He’s not just spending time with fried food and booze, but also laying down tracks with his old friend and collaborator.

“Me and Chuck D, we’re recording a Public Enemy album right now as we speak,” he said. “And also I’m coming out with another solo album.”

Flav predicts a single from the LP will be released in July. Somewhere between all of the distilling, dishing, and vocal cutting, he may even find a moment to take a break.

“Right now, these people are so important,” he said. “In order to get it done man, you gotta be awake to do it.”

I checked in to WBRE’s “PA Live!” from my suite on The Strip in Las Vegas for this week’s “The Ralphie Report.” Chatting via Skype, we discussed stories involving “Mob Wives” star Drtia D’Avanzo and former “American Idol” contestant Jermaine Jones, plus my plans while in Sin City.

Radio talk show host and attorney Elizabeth Kelley does not think that the book will be thrown at David Schubert, the District Attorney who prosecuted Paris Hilton and Bruno Mars for cocaine possession in Las Vegas. Schubert has himself been busted on the same charges, and Kelley feels his first-time offender status will help his sentence. 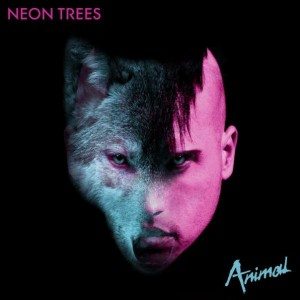 Calling in to “The Ralphie Radio Show” yesterday amid reports that he had been pistol-whipped at a house party over the weekend, Yung Berg denied that the incident happened. The “Sexy Lady” rapper claims that he has been at The Palms in Las Vegas since last Friday, recording new material for a forthcoming LP due out later this year.

“Really, I don’t understand what that’s all about,” said Berg, real name Christian Ward. “I’ve been in Vegas, down here recording for the last five, six days. But I mean, I’ve seen people say so many different things about me or say different things about other artists that at that point man you just gotta take it with a grain of salt and keep it moving.”
—
Download the mp3

—
TMZ.com cited “law enforcement sources” in an article posted on Wednesday that claimed Berg attended a house party in Los Angeles on Monday. According to the article, four men carrying weapons entered the party around 2:00 A.M., stealing $10,000 in cash and jewelry. TMZ reports that Berg was one of the people robbed and beaten.

Berg simply replied “Yeah” when asked later if he was denying that the reported incident on Monday happened. Brought up a third and final time in the interview, the rapper replied, “Nah, I’m safe and sound, lookin’ beautiful. You can check me out on YouTube if you wanna see me.”

Still at The Palms, Berg says that he’s working with production company partner Rob Holliday on new music, which will also be released on a couple of forthcoming mixtapes in addition to his new album.
—
Berg also chatted about his new track, “What You On”, and the song’s interesting sample. Take a listen here: