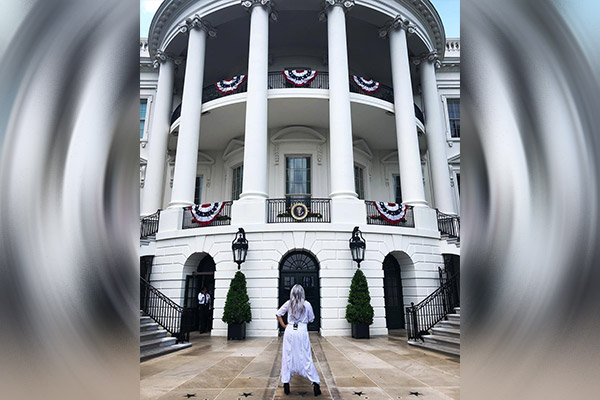 VIDEO: The Intersection Of Entertainment And Politics

Fresh off covering Miss America in Atlantic City, I swung by the “Chasing News” studio in Trenton to join a panel on the notion that politics is permeating almost every type of content we consume, including both sports and entertainment.

Of course, my views here are just those – my views, and no one else’s. A big thanks to Chasing News for having me.

Lisa Lampanelli stopped by the studio on Friday to talk about “Stuffed,” her off-Broadway show that kicks off October 5 at Westside Theatre. Tickets are on-sale now here. 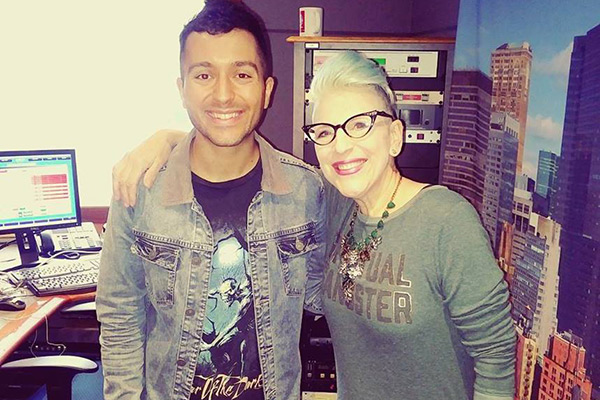 The insult comic also talked about her alma mater (hint: it’s also mine – Go Orange!), her time on “Celebrity Apprentice” with Donald Trump and much more.

DNCE is one of the more unlikely pop music success stories of the past 12 months. The band is comprised of a Jonas Brother, the brothers’ former backing drummer, a member of Semi-Precious Weapons and a woman who moved to the US from her native South Korea speaking no English and traveling with only her guitar.

A few chance meetings led to a sold-out tour, a four song EP, a top 10 hit and now a gig opening for Selena Gomez.

The story of Joe Jonas, his friend Jack Lawless, Cole Whittle and JinJoo Lee is about as unpredictable as it might seem. So of course it comes as no surprise that while breakout singles usually push up LP releases, the band has actually delayed its debut album due to the prolonged success of “Cake By The Ocean.”

“It’s only a good problem,” Jonas remarked after noting the original release target was spring (now he is thinking fall). “Now ‘Toothbrush’ is starting to take off, our second single, and we’re getting a lot of love from that.” 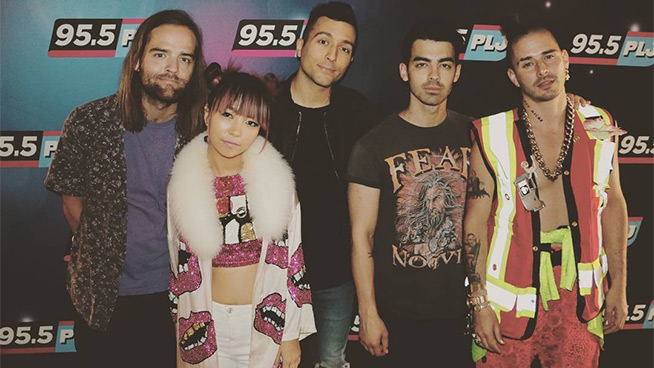 The adoration is for more than simply another catchy song; the second from the band’s EP “SWAAY.” DNCE release the music video for the track with plus-sized model Ashley Graham cast as the main love interest. Graham is having a fantastic 2016; she already graced the Sports Illustrated Swimsuit Edition cover.

“Ashley Graham is the hottest thing in the universe,” Whittle said, while also noting that he hoped to have Jonas’ role in the video. “We all have giant crushes on her. When we were talking about the video, that’s what you dream of when you’re 16, when you finally get to make a music video one day (and) you pick the hottest person in the world that you just kind of want to roll around in bed with all day.”

“I think we had an idea that people were going to talk about it because she’s really killing it right now. But our real thinking process was, ‘She’s amazing and beautiful,’” replied the lead singer when I asked if the band was prepared for a conversation about breaking down stereotypes to center around its music video. “Look, yeah, if we somehow change a standard with her for music videos, yunno knock on wood I think that’d be great. She’s a gorgeous woman and that’s what matters.”

DNCE’s four-track EP also includes “Pay My Rent” and “Jinx.” Jonas and company are trying out new songs, such as “Body Moves” and “Naked,” while on tour with his former fellow Disney star Gomez. The band’s trek on the “Revival Tour” continues throughout North America and will extend in to her Australian dates, wrapping on August 11.

And if DNCE’s history is any indication of its future, then the only thing that can be predicted is unpredictability. 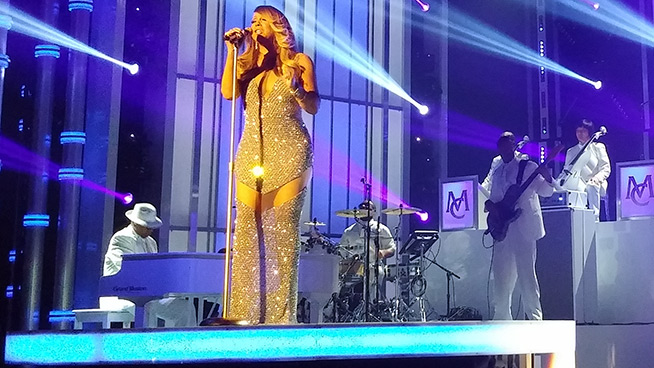 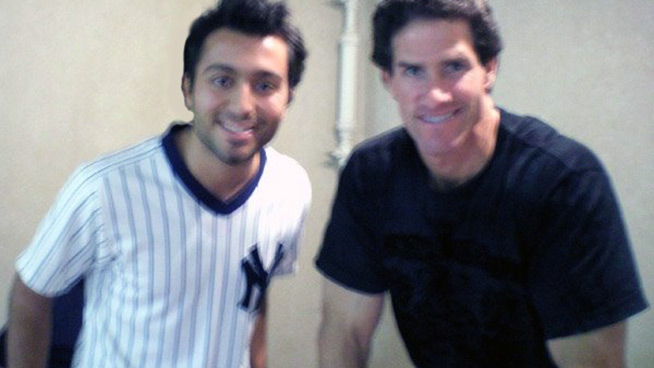 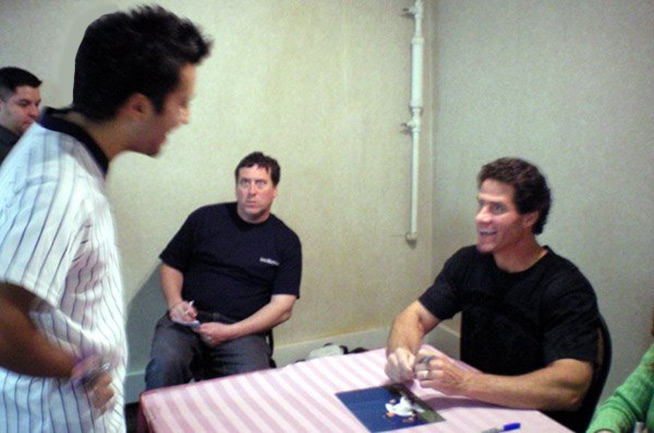 I spent another Monday on HLN’s “The Daily Share” talking about #MondayMotivation, #AskTrump, the Dallas Cowboys and Sunday night’s Emmys. Fun times as always; big thanks to HLN for having me! 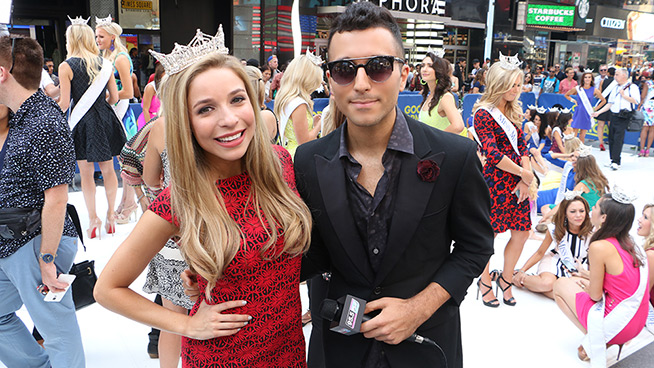 “Extra” New York City correspondent AJ Calloway swung by “Ralphie Tonight” to chat about his recent exclusive interview with Donald Trump outside of Trump Towers and his sit down with Zac Efron, who received a surprise from his publicist, via The Rock, during the interview.

77WABC and “The Gunz Show” host Gunz checked in for this week’s “Weekend Scoop,” recapping the previous night’s GOP Presidential Debate and talking about a couple bands he’s feeling at the moment.

Catch Gunz on our sister station, 77WABC, and on his music radio show airing at idobi.com. 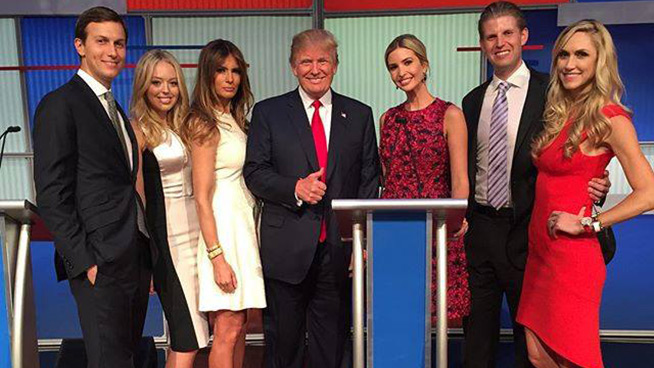